A village of medieval origin that still retains the charm of the traditional architecture of that time, with its stone houses and narrow alleys.

The village of Seixalbo is located in the Via de la Plata-Mozarabic Way, in what was once the Royal Road to Castile, welcoming the pilgrims who walk the Way to Santiago. In the Middle Ages it was a humble area dedicated to the cultivation of vineyards, where peasants and day laborers worked the lands of the Cathedral’s council of canons, lords of the place.

History reminds that its inhabitants have the honour of being the first to obtain exemption from the taxes paid for the use of these lands of ecclesiastical property. They achieved this in 1859, one hundred years before the rest of Galicia, after two decades of fighting against the Cathedral. A landmark that is now remembered with a historic recreation party celebrated at the beginning of summer.

Declared Nucleus of Ethnographic Interest, Seixalbo preserves the appearance that it should have had in the Middle Ages, full of spots and narrow streets waiting to be discovered 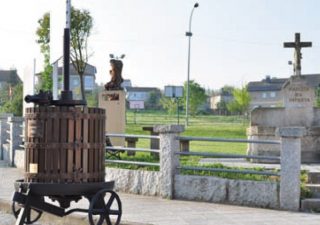 Public space where Seixalbo’s events and parties are celebrated, such as Midsummer Night or the dinner of St Verissimus, patron of the parish.

At the entrance, an old restored press reminds us that this place used to be a land of wine and vineyards. 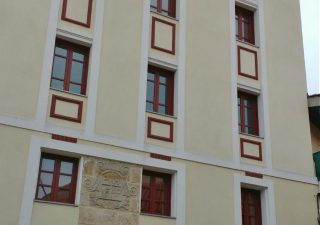 Today a civic center for the neighbours, back in time its construction was a symbol of modernity. It visibly competes with the church tower and contrasts with the old stone galleries of the houses in Estreita street, next to it. 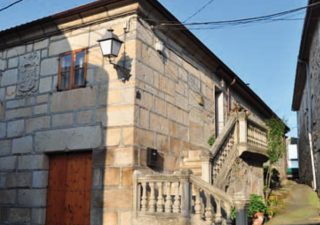 In this small square built on the rock is located one of the few houses with coats of arms: to the left the coat of arms of the Nóvoas, and to the right the one of the Henríquezs. From here you can already see the main street (Rúa Maior), a transit point for religious processions. The bottom of the slope is named Ponte do Río (River Bridge), because there was a bridge that crossed the stream. 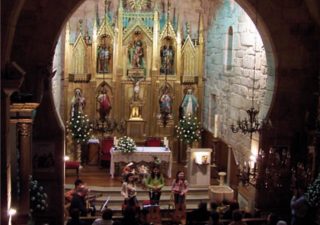 Its façade, designed by Vázquez Gulías, is from the early 20th century, and it replaced a previous one in Romanesque style. The clock, paid by the neighbours, marked the pace of the fieldwork throughout the last century and was a crucial element in irrigation shifts.

In the interior of the temple stands out the great reconstructed horseshoe arch and St Roch’s chapel, in Plateresque style (16th century). 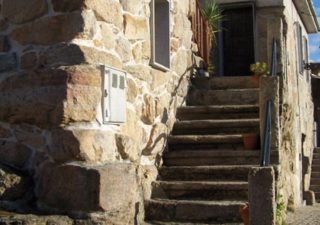 It used to be a hospital for pilgrims, from which the entrance arch is preserved. Next to it, a few stone steps descend to what for years was the only public fountain in the village, now integrated in a playground. 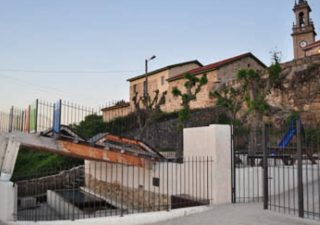 Its name refers to the man who for years led the neighbourhood fight against the Cathedral for the tax exemption. Recently renovated, it was an old field with a fountain, then transformed into a laundry room. 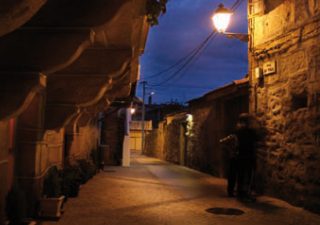 Corridors supported on large stones were very frequent in Seixalbo. Those of Valencia Cerviño’s house are a good example, although not the oldest that are preserved. Until the 19th century it was common for these alleys to be covered by houses passing from one side of the street to the other. In this corner there are still two examples of these passages. 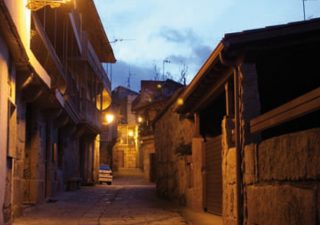 This is undoubtedly one of the oldest areas of the village, where the narrowness of the streets forced to protect the corners of the houses from the passage of cars. There are here remains of a large house with a courtyard and an oven, from which the exterior curved wall can still be appreciated. 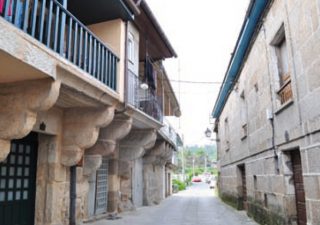 It is worth visiting this old street, formerly the village’s main exit towards Castile. It preserves houses with corridors of stone and cantons, small cul-de-sac streets. From one end you can see the hill where stands St Agatha’s chapel, a place for pilgrimages with excellent views. 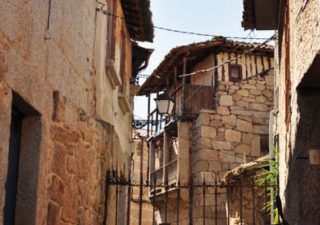 In this beautiful corner there is a contrast between the peasants’s large and robust houses and the little houses occupied by the day labourers. 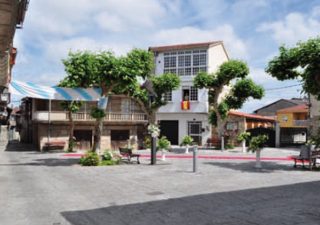 This place still evokes the echoes of Seixalbo’s relationship with the Cathedral. The Tenencia, a great storehouse in which the tax wine was collected, is still preserved. There is held nowadays the Tax Festival, which recalls the historic milestone that was the exemption of payment of income to the bishopric. 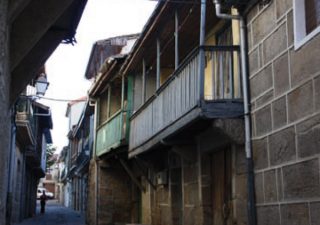 This street preserves some of the most characteristic constructive elements of Seixalbo’s houses until the 19th century: houses with external stairs made of stone and galleries. 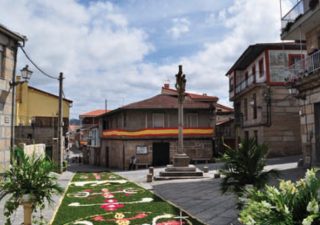 In other times Aira Vella, here was the Pazo Vello, a manor house acquired and dismantled during the Confiscation. The coats of arms that preside one of its façades, all from the 16th century, probably belonged to this house. In this square, dug in the rock, was the old auction tavern for the exploitation and the council’s meeting place. In the centre, a beautiful calvary with four medallions and the symbols of the evangelists. 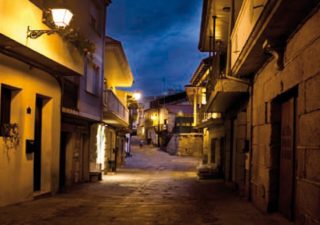 The ancient Royal Road ran through it until the construction of the Vigo-Villacastín road. Two cantons open here: the Cadea (Chain), named after the old prison, and the Forno (Oven).