The city's green artery concentrates many thermal spaces where to rest and to disconnect of the routine.

The banks of river Minho constitute the city’s great green artery: several kilometres of lush vegetation for walking, running or cycling while admiring nature and the landscape. In the most western section, after the Millennium Bridge, we find several springs of thermal water, many of them equipped for bathing… One of those things that you can not miss if you are visiting.

The Minho Thermal Route is formed by five kilometres of footpath in which there are up to seven thermal facilities where to rest and relax while enjoying a bath in the middle of nature, be it winter or summer.

The route begins on the right bank of the river, in the thermal area of A Chavasqueira, the closest one to the city. Here you can choose between the Japanese-inspired atmosphere of the small thermal station of A Chavasqueira or a bath underneath the stars in the free outdoor pools.

The path continues to O Tinteiro, a fountain-viewpoint very frequented by local neighbours, and from there to the thermal area of ​​Muíño da Veiga with its four pools. A little further on, the Outariz Thermal Station offers beauty treatments, a sauna and two thermal circuits at very competitive prices. Just before the footbridge that crosses to the other shore we will find the pools of Outariz and Burga de Canedo, the largest area of thermal activity in Ourense, which is also free. On the opposite bank, in Reza, the route continues along the Nymphs’ Lane, where we will see the last thermal space of this area, the source of Reza. 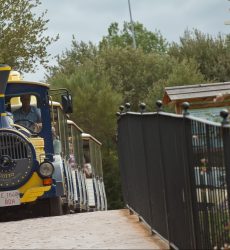 How to Get There: Thermal Train

This curious train has become a classic of the city and will take you comfortably to river Minho’s thermal banks. You will also find tips for other transports.

This curious train has become a classic of the city and will take you comfortably to river Minho’s thermal banks. You will also find tips for other transports. 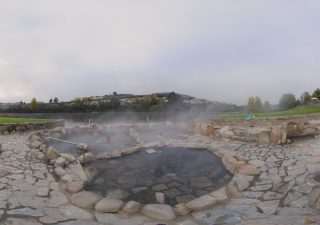 The thermal area closest to the city centre, a set of natural outdoor pools free of charge. 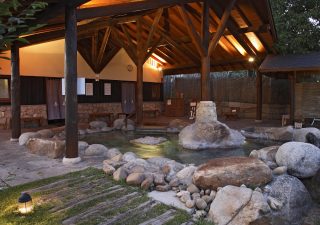 Japanese-inspired thermal baths, where you can also enjoy a sauna, a massage and beauty treatments. 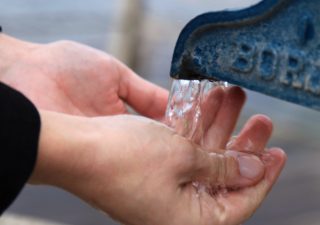 One of the most beloved thermal springs in the city. 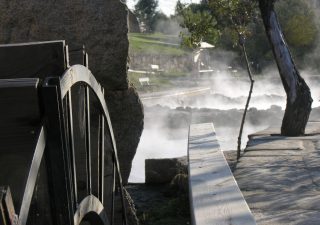 Free access thermal baths next to an old mill on the banks of river Minho. 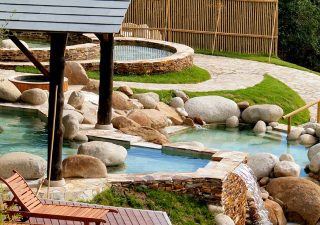 A place of peace and relaxation through the hot springs. 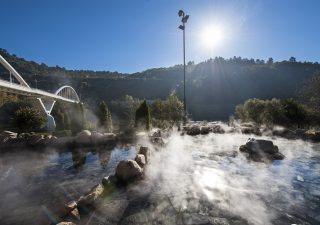 The largest thermal area in the city. 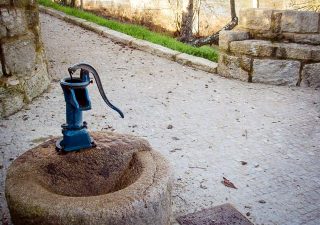 This fountain at Nymphs’ Lane is fed by a thermal source that crosses the Minho from the opposite shore, with waters very similar to those of the source of O Tinteiro.