Although the streets that surround it have a long history, the square is a modern construction. It owes its name to the unfinished tower of the Cathedral, in whose corner we find a bas-relief with the image of Saint Martim, patron of the city.

In the 20th century the houses surrounding this façade of the cathedral were demolished, allowing the access through this main gate, the Gate of Paradise. Until then there was only a balcony. The gap was saved with the construction of the current stairs, designed by Pons Sorolla, with the traditional street Rúa das Tendas under them. 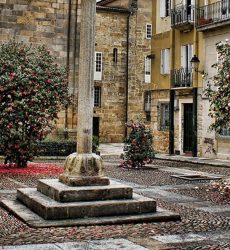 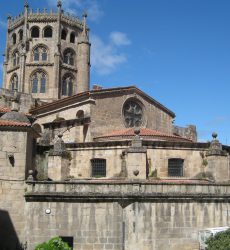 Central monument of Ourense, around which the Historic Centre is articulated. It is the oldest in Galicia, with towers that give it an air of strength.

Central monument of Ourense, around which the Historic Centre is articulated. It is the oldest in Galicia, with towers that give it an air of strength.