We can take the Tourist Office again as a meeting point: close to it, several cafes offer the possibility of enjoying a pleasant and relaxed breakfast. From here we take Paseo street, the commercial artery of the city, by which we get to St Lazarus’ Park, the centre of the modern city. On our way we will have seen many sculptures: in Father Feijoo’s Gardens we may find the first one erected in the city, dedicated to this important figure of the Enlightenment. Nearby, a monolith with a faun by Quessada. In the middle of the street, a remembrance of milkwomen. Already in the park, in the lower level, is the tribute to the Ourense Rallye, and in the upper one the statue of O Carrabouxo, a popular cartoon character froom the local newspaper.

From the park we will see, almost hidden among modern buildings, the Franciscans’ church, moved to this place in the 20th century.

Returning via Santo Domingo street we will find St Dominic’s Church: its austere façade does not convey the rich interior decoration. Continuing through the Blacksmith’s Square, whose beautiful fountain may be the reference for “Os Viños”, the area of tapas and bars. On Paz street (where the Principal Theatre is located), we will reach St Euphemia’s Church. Its Baroque façade contrasts with the classicism of the interior. Following the route of the historic churches we reach the Trinity Church, which after the Cathedral is the oldest in the city. We can’t miss either the Church of Holy Mary, Mother of God, which is visitable on Saturday afternoons.

Next to the Trinidad, the Otero Pedrayo High School (the first one in the city), and near him, O Posío Garden, with memories of a botanical garden. Nearby is St Cosmas’ Square, a spot in which stands out the chapel, which houses one of the most beautiful nativity scenes in Galicia, the work of sculptor Arturo Baltar.

If the weather is good (quite usual in Ourense, much sunnier than the rest of Galicia), we can dedicate this second afternoon to walk.

From the centre we head towards river Minho, which we will reach via the Old Bridge. Next to it, the Chapel of Our Lady of Los Remedios. A path under the road will lead us to the promenade along the river. Turning to the right, we will pass through two other bridges that stand out in the Minho: the New Bridge and the train viaduct.

If we follow the route upstream, we will reach the Velle dam, the Oira area (ideal for relaxing in summer, with outdoor swimming pools) and the Nature Hall, which guides us to discover the charms of the riverside landscape.

If, on the other hand, we follow the river Lonia, we will cross a path that passes next to the medieval bridge of the same name. The path continues among windmills towards an ancient medieval road, which will take us to the natural archaeological site of Santomé. In it we will have the chance to visit vestiges of Celtic and Roman constructions in a lush forest of oaks and cork trees.

Back to the city, along the same route, we leave behind the Roman Bridge to reach the Millennium Bridge: we can ascend by its spectacular footbridges to enjoy a panoramic view of the entire section that we have toured. From here we continue to A Chavasqueira thermal baths, to end our day with a deserved bath. 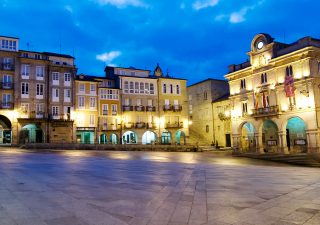 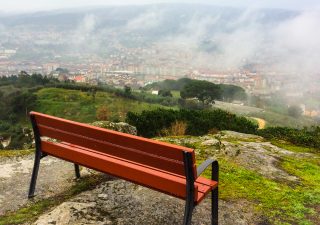 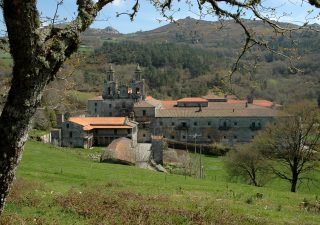